We’ve all seen the lists of the greatest movie and TV couples. Rick and Ilsa from Casablanca, Ross and Rachel from Friends, Harry and Sally from When Harry Met Sally, Cory and Topanga from Boy Meets World, and Jack and Rose from Titanic usually take the top of the list. But what about the movies and characters whose romances were totally underrated? Oh, yeah. You know exactly where this is going… 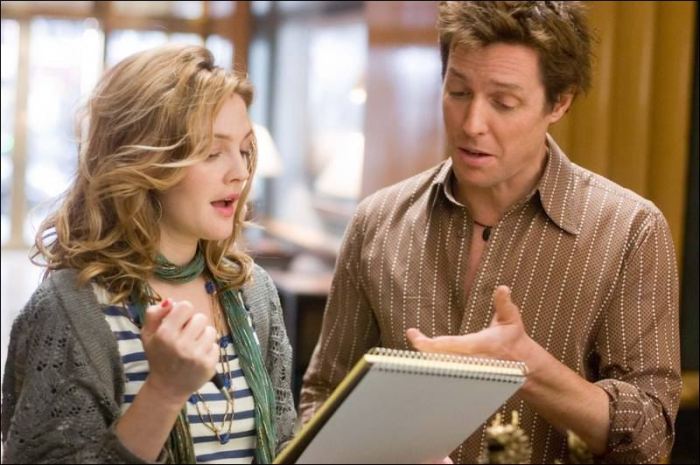 Never mind that this movie, itself, is an underrated rom-com. Alex Fletcher (Hugh Grant) and Sophie Fisher (Drew Barrymore) make my list because they’re just so opposite, and I find that charming. Alex is an ’80s pop has-been trying to climb his way back to the top of the charts. Sophie is a writer whose professor ex-lover wrote a book about their affair. Their romance begins when Alex struggles to write lyrics to a pop song he’s arranged, and Sophie, a lyrical genius, just happens to be filling in for his normal house plant caretaker (By the way, she kills all of his plants). Of course, they butt heads along the way because she’s passionate about the meaning of lyrics, and he just wants the hit song. But the final song they write is not only catchy, the lyrics are pretty damn good, too.

Forget Ross and Rachel! Dr. Niles Crane (David Hyde Pierce) and Daphne Moon (Jane Leeves) were the most comical back-and-forth lovers of the ’90s. Niles is a neurotic, high-brow psychiatrist who always manages to marry (and later divorce) elitist women who control his life. Daphne is a sassy and sometimes uncouth Brit who works as Niles’ father’s physical therapist and housekeeper. It’s the age-old “I fell in love with the help” story, sure, but Niles is just so awkward around Daphne from day one that you can’t stop laughing. Like the time where Daphne asks Niles to help her zip her dress and he about faints from his excitement and nervousness.

We all know Mr. Darcy and Elizabeth Bennet from Pride & Prejudice are the classic example, but many overlook the relationship between Colonel Brandon (Alan Rickman) and Marianne Dashwood (Kate Winslet). Yet again, it’s a story that’s familiar. He’s in love with her, and she’s in love with someone else who doesn’t love her. Brandon is friend-zoned by Marianne time and time again, yet he eventually shows her how much he loves her by helping to take care of her when she falls ill. Not to mention, he can read sonnets with fervor (which she holds in high regard). 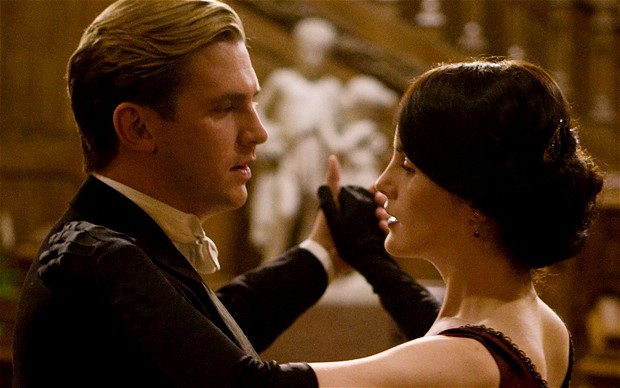 This one isn’t as underrated for Downton Abbey fans. But for people who don’t watch or haven’t watched, then it is. Honestly, if Matthew Crawley (Dan Stevens) and Lady Mary Crawley (Michelle Dockery) had their own show where they simply bantered, I would watch. Matthew is the heir to Downton Abbey, and Lady Mary is the eldest daughter of the Earl of Grantham, the current estate holder. It only seemed right for them to get together (They’re third or fourth cousins removed, so it’s not weird). But, of course, it’s never that easy. Mary’s a wealthy snob, and Matthew grew up in the middle class, so they fight constantly about wealth and society. But there’s something about the two of them dousing each other’s fires (and lighting them) that I love.

James Bond movies are notorious for treating women like disposable sex boxes. But Casino Royale (2006) finally rewarded us with a worthy partner for our main character. Bond (Daniel Craig) meets his match in Vesper Lynd (Eva Green), an intelligent lone wolf who works for the British treasury. Their first scene together immediately shows us that, unlike past lovers, Vesper is his equal, as she is dressed similarly to him, sits across from him, and manages to outwit him. On top of that, her shrewdness and his recklessness seem to work well together. 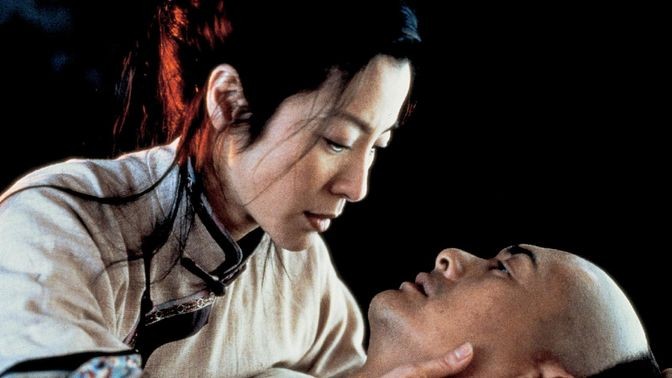 Crouching Tiger, Hidden Dragon was one of those artsy movies that you either saw and loved or didn’t see and didn’t care. Nevertheless, Li Mu Bai (Chow Yun Fat) and Yu Shu Lien (Michelle Yeoh) have one of the better love stories in the wuxia genre. Both are Wudang warriors in the Qing Dynasty who are clearly in love with each other but refuse to acknowledge their feelings because of their duties and their lifestyles. And while they never really have a physical relationship, the conversations and glances between these two are all you need. 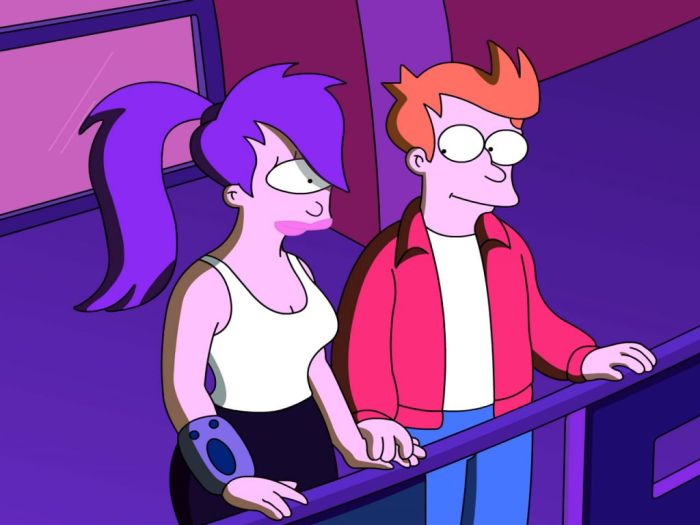 I can’t even begin to tell you how long I waited for Fry (Billy West) and Leela (Katey Sagal) to get together. I just knew they had to, and then they did. Both work together for Planet Express, where Fry is the delivery boy, and Leela is the spaceship captain. Fry is an idiot from the 20th century (He was cryogenically frozen until the year 3000), and Leela is a feminist, orphaned mutant. Most of their relationship is spent as “just friends,” each of them having their own crappy hookups. In the early seasons, Leela constantly rescues Fry from bad situations. By the time the later seasons roll in, the two are more on the same level, rescuing each other to show their love.

Okay, so these two never really get together romantically. But Jack Donaghy (Alec Baldwin) and Liz Lemon (Tina Fey) deserve to be on this list because they are such a great pair. And by pair, I mean that Jack is an NBC network executive, and Liz is a head writer on one of the network’s shows. Instead of an office romance, it’s an office friendship with some mentoring. Jack and Liz learn from each other and subsequently become better people, which is basically an emotional relationship, if you ask me. And, goddamn, some of their arguments are hilarious. 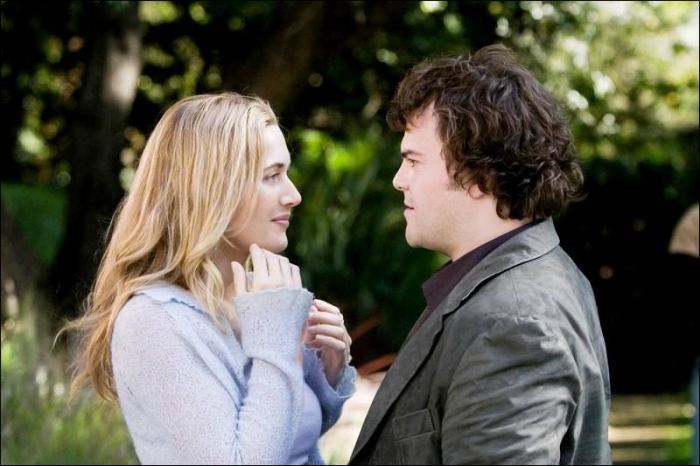 Jude Law and Cameron Diaz? Hell no. Jack Black’s Miles Dumont and Kate Winslet’s Iris Simpkins are the best couple from The Holiday. What an unusual pairing, right? Perhaps that’s why everyone overlooks them. But they make so much sense, guys! Iris is a British editor staying in Los Angeles on holiday after she learns the guy she’s been in love with for years is getting married to another woman. While in LA, she meets Miles, a wacky film score composer who makes her forget about her jerk back home. And let’s not forget that Miles and Iris fall in love after hanging out with a retired screenwriter, who wrote some of Hollywood’s classic romances. Plus, this was one of those couplings where I was like, “Wow. Jack Black is kind of adorable.” So, you know, that says a lot right there.

Considering Meg Ryan’s characters always make the top movie couple lists, it only makes sense that one of her more underrated romantic comedies should make my underrated couple list. God, I love this damn movie. Kevin Kline as a Frenchman should’ve been enough, but then we’ve got the combination of Luc Teyssier (Kevin Kline) and Kate (Meg Ryan). Kate is a hypochondriac spazoid who flies over to France to win her fiancé back from a younger French woman, and while she’s there, she meets Luc, who is every French stereotype she hates. He drinks, he smokes, and he’s been with several women, yet he’s absolutely perfect for her. Whenever Kate is around Luc, she becomes a more confident, sexy woman. And who doesn’t want that in their relationship?