For the most part, the movies this summer were kind of a letdown. I’m sure you’ve heard the phrase “Go big or go home.” Yeah, I think every production company was trying to go so big this summer that they took themselves home. Maybe they should stop coming up with movies that cost $200 million to make and market and start focusing on crafting quality stories and characters. After all, that’s what sold at the box office this summer. Well, that and women.

I love that the box office was down this summer. Not because I want to stick it to Hollywood, but because it’s very telling of how much we’ve grown as a movie-going society. We were pretty resolute in ignoring good marketing for bad movies this year (Thank god). And I have a feeling it’s because we don’t have the time or money to waste on bullshit movies anymore. You can practically hear people saying, “If I’m going to go see a movie, it better be f***ing good.”

So since you don’t have time or money to waste on movies, I’m going to make it easy for you and round up the films I reviewed this summer and organize a scorecard with quick recaps.

See This Right Now If You Haven’t

Guardians of the Galaxy (A+) 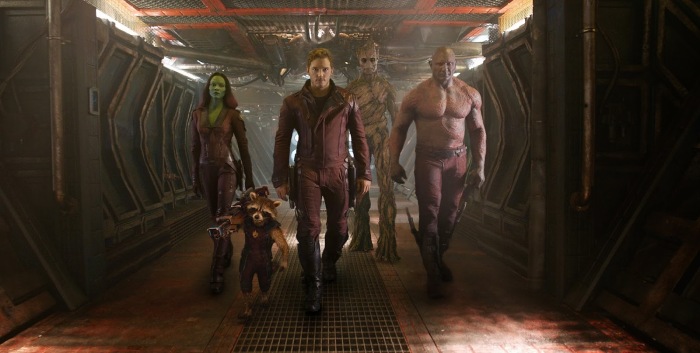 The top of my list is Marvel’s Guardians of the Galaxy. Although it was a huge gamble (since Guardians is one of the weirder Marvel comics), it was easily the best blockbuster of the summer. Chris Pratt was definitely part of that success, what with his goofy guy charm, but it was the criminals-turned-heroes storyline, the soundtrack, and the friendship between a gun-toting space raccoon and walking tree that made Guardians the perfect combo of heart, action, and fun. 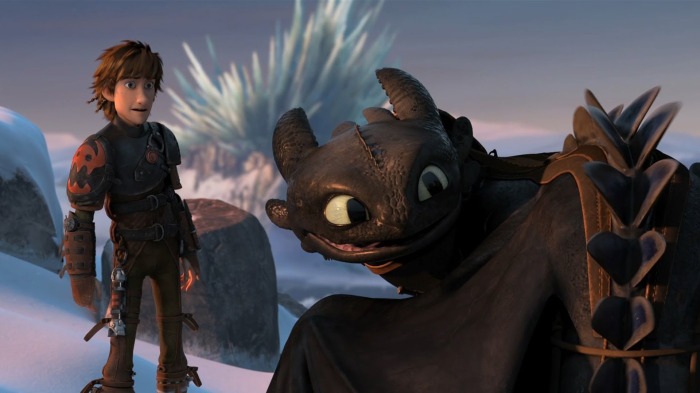 Sequels always worry me, but I didn’t have a single doubt about How to Train Your Dragon 2. The first movie was adorable and beautifully animated. The sequel continues that reputation but gives the story some much-needed growing up. Instead of focusing on childhood and battling prejudice, Hiccup and Toothless have to work together to get over family tragedy and become leaders for their clans. Would it help if I told you that I had to fight back tears more than once? 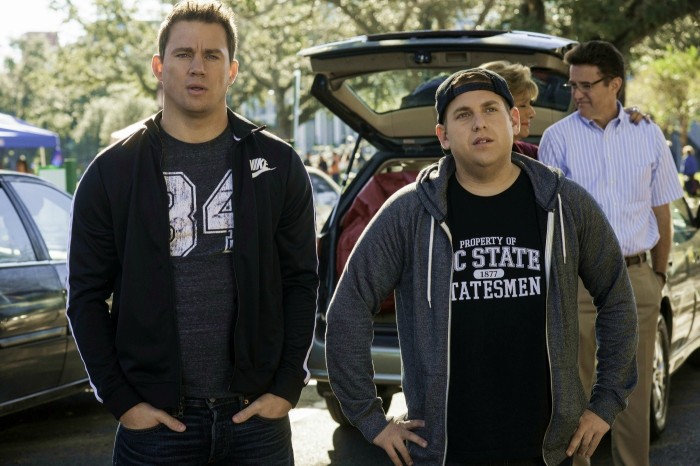 21 Jump Street was funny. 22 Jump Street was hysterical. It’s not often that you get a comedy sequel that’s funnier than the first, but this movie sure as shit did it by being self-aware. We didn’t need a sequel, and the writers knew that, which is exactly why all of the jokes poke fun at “doing the exact same thing” and “keeping the program going.” The credits even lay groundwork for movies 23-40.

It’s Not Urgent, But It’s Worth Watching 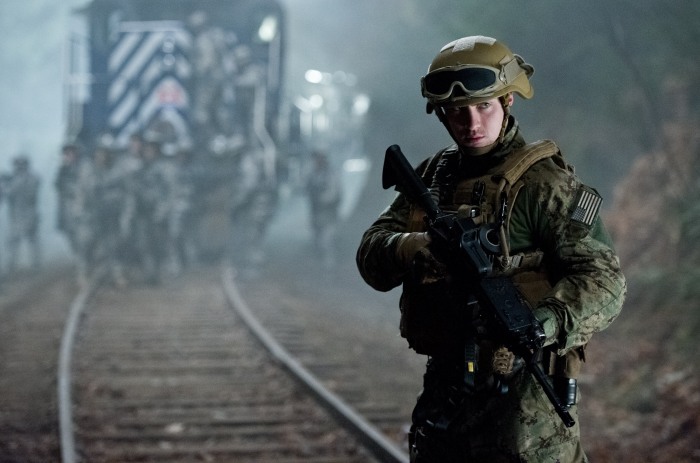 Godzilla needed a major facelift after the 1998 film, and it got it here. The movie’s not perfect by any means. I mean, Bryan Cranston was the majority of the trailers, and he died almost immediately, which was lame. That being said, when Godzilla finally showed up, I felt like a kid again. I know I shouldn’t have been that excited to watch a giant monster punch other giant monsters. That’s really low-level entertainment. But, goddamn, it’s cool. And Godzilla is a badass.

Edge of Tomorrow (A) 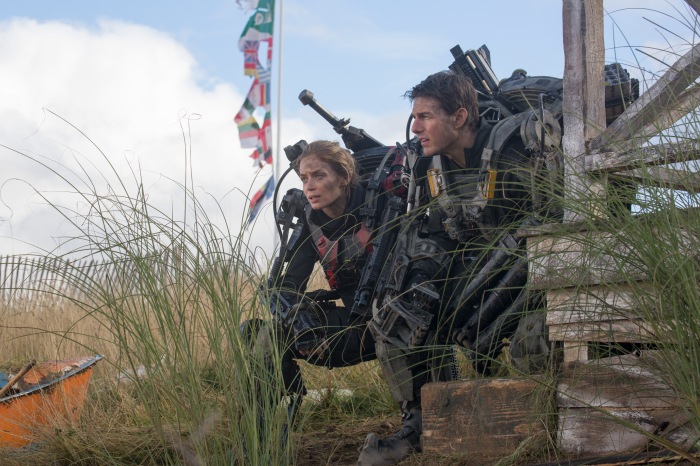 Although I’m not a fan of Tom Cruise, I was totally into this movie. Maybe it was because the tone and design felt like Neil Blomkamp’s District 9 and Elysium. Or maybe because the plot played out like a video game, where the main character kept dying and strategizing until he figured out how to get past certain levels. More likely, it was because Emily Blunt classed up the joint with her awesomeness.

Dawn of the Planet of the Apes (A) 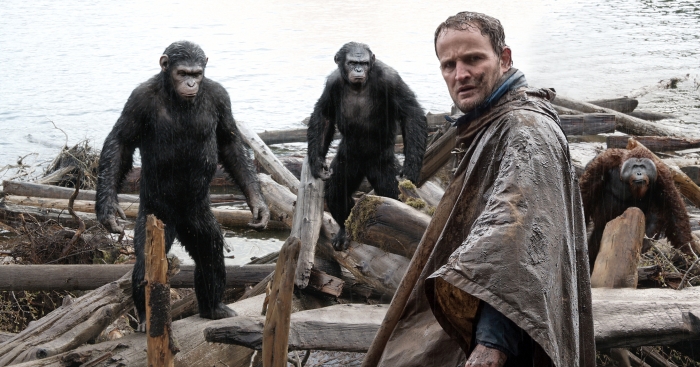 When the Game Stands Tall (A) 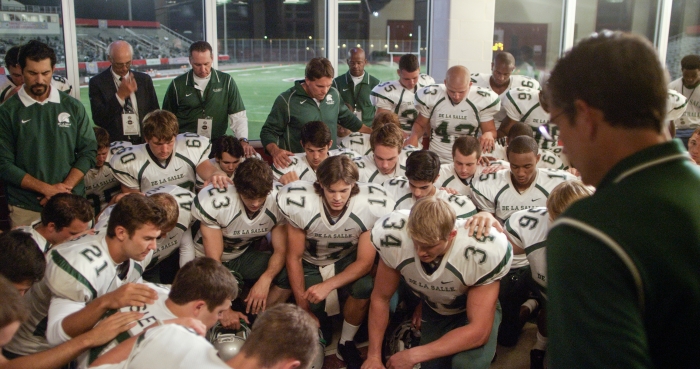 I didn’t get a chance to write a full review for this (which is why it’s not linked), but it’s worth mentioning. I know, I know. Once you’ve seen one football movie, you’ve seen them all. But there’s nothing wrong with that when they’re good, right? Uplifting and thought-provoking aren’t words I usually associate with football, but this movie based on the true story of the rise and fall of De La Salle Catholic High School’s undefeated football team is exactly that. 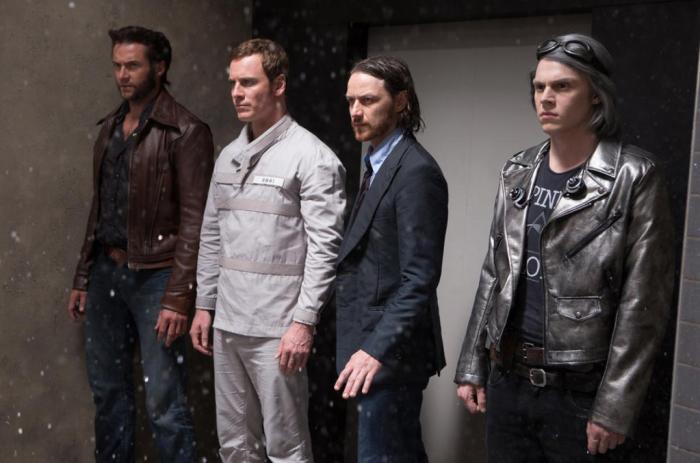 The sheer amount of X-Men franchise actors in this movie is a major draw (if not an obvious gimmick). With Wolverine playing back-and-forth between Professor Xavier and Magneto and their younger selves, it’s great to see the cast dynamics. But I think the biggest reason this movie worked was because its plot about going back into the past to change the future undid all of the damage caused by X-Men: The Last Stand and Fox’s lack of consistency with this franchise.

Save It for Netflix or OnDemand 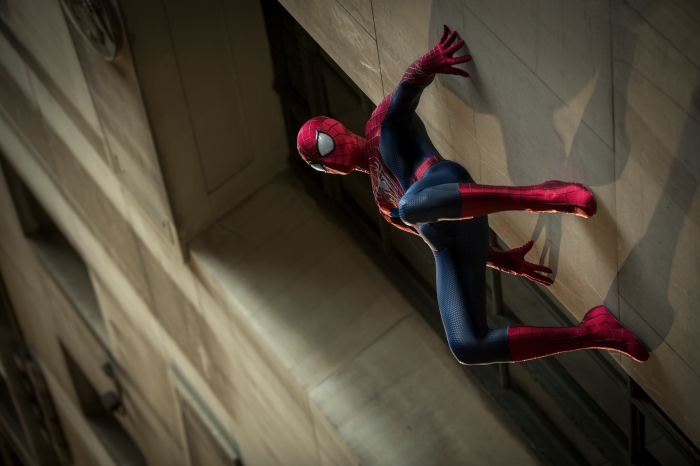 Sony was so focused on pushing this movie out so they could start working on that idiotic Sinister Six-centered movie that they forgot how to add substance to a plot and develop a character. Yeah, The Amazing Spider-Man sequel looked good, but it had way too many villains crowding the screen, taking away valuable time from strengthening the relationship between Andrew Garfield’s Peter Parker and Emma Stone’s Gwen Stacy, which was kind of important. 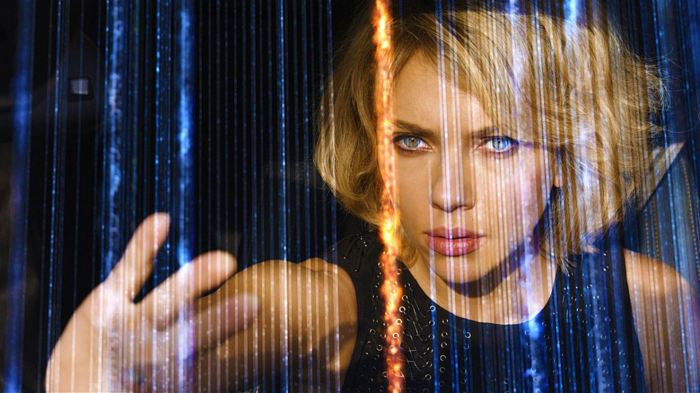 Like When the Game Stands Tall, I didn’t get a chance to write a full review for Lucy. Part of that was because I still don’t know how to describe or analyze it. Scarlett Johansson has proven that she’s a proper action heroine, and Lucy allowed her to kick ass yet again. But the science in this movie is dumb. It’s right in that awkward spot between believable and so out there that you can’t ask questions, making it hard to watch and not think you’re on an acid trip. 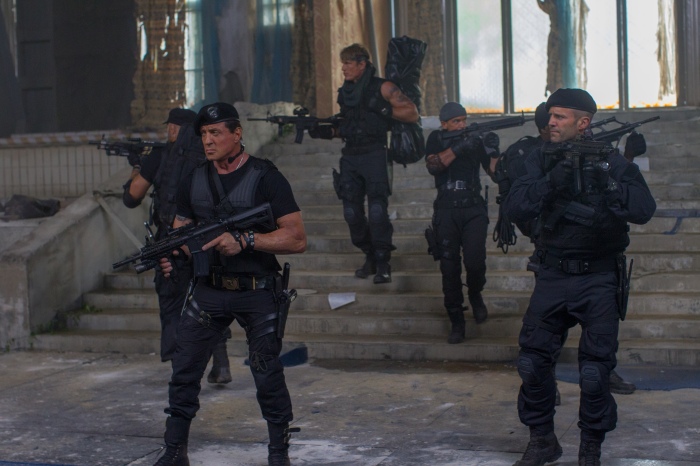 Aging action heroes. Mindless violence. Cheesy explosions. It’s like a 60-year-old man’s wet dream (if he could have one). Much like The Amazing Spider-Man 2, there are so many freaking people in this movie that it’s almost cumbersome. But you know what? We don’t need to pretend like this is an example of good filmmaking. Just accept it for what it is, and it’s fairly enjoyable. Kind of like Viagra.

Maleficent had me torn in two. On the one hand, I love Angelina Jolie, and she played up Maleficent as the campy sorceress we love to hate and hate to love. And we even got a cool twist on the “true love’s kiss” story. On the other hand, Disney turned this into “She’s a complicated bully because her feelings were hurt.” Which, sure, that’s cool for the little ones. But I prefer my Maleficent to be a cold bitch who curses baby princesses because f*** you, that’s why.

A Million Ways to Die in the West (C+) 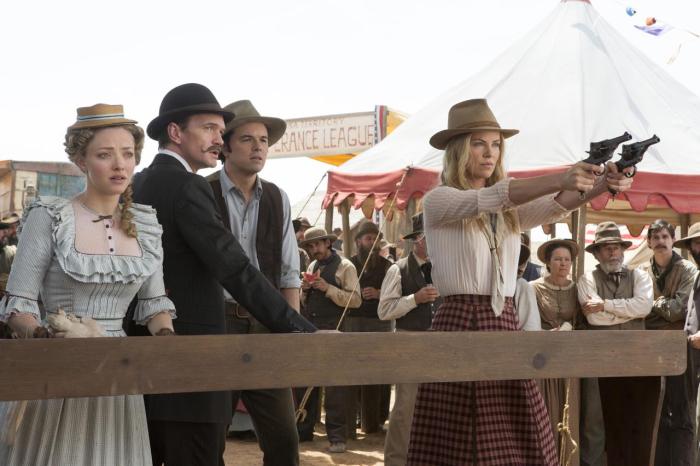 This movie was an utter disappointment after the very funny Ted. Rather than going all-out with jokes surrounding the idea of millions of ways to die in the Old West, Seth MacFarlane and his writing team decided to fall back on poop jokes. POOP JOKES. Dude, you just made a funny and heartwarming movie about a magical talking bear who swears and does drugs, and this is what you come up with? 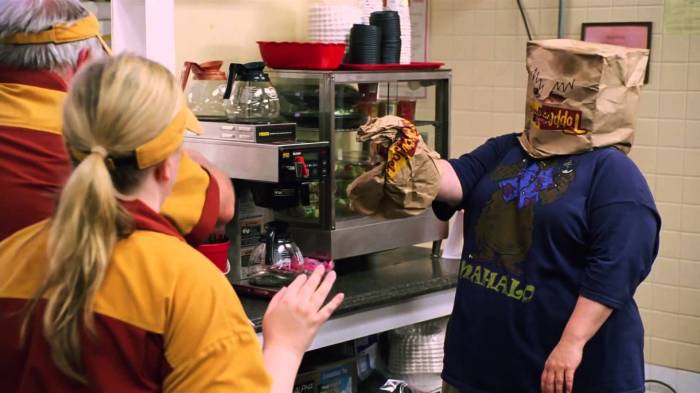 With a comedian like Melissa McCarthy, it’s nice to see some range. But you won’t get that with this movie. Despite being written by McCarthy and husband Ben Falcone, Tammy continues the “She’s fat. That’s hilarious!” joke we see in every McCarthy-starring film. Are there funny moments? Of course! Just not as many as you’d like. At least there were lots of women in this film, so that’s something.

I Mean, If You Want to Hate Yourself…

If you’re interested in listening to the same joke about the Cloud over and over again, then this movie might actually appeal to you. Beyond that, it doesn’t offer much substance. No messages about reigniting the spark in marriage or how priorities change after marriage. It’s just two naked people promoting Apple products. 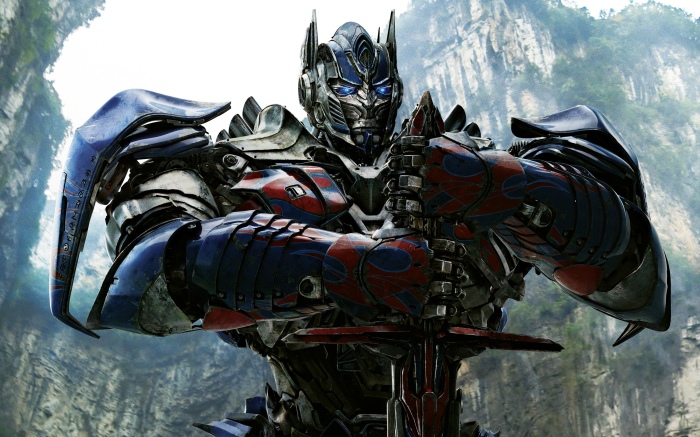 “Age of Extinction” is indicative of how far this franchise has fallen since the first Transformers, which I admittedly enjoyed. Sure, this movie made millions (Thanks, foreign box offices), but don’t let that fool you. This Michael Bay turd lacks a story and likable characters. And the dinobots don’t even show up until the last 30 minutes, at which point you’ve already been watching this shitshow for 2 hours. 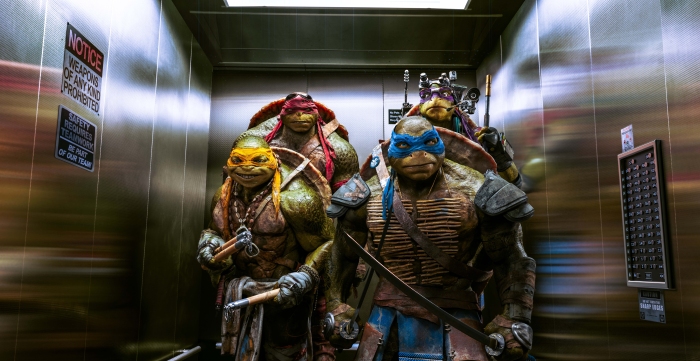 Yet another movie that made millions despite being a festering eyesore (That’s a Michael Bay trend, you know). From the dumb plot that’s blah blah blah something about a gaseous virus to infect NYC blah blah blah to the steroids-botox nightmare that is the CGI turtles, you’re better off renting the 1990 film. But, hey! Enough idiots saw this to justify a sequel. A POX UPON THEIR FAMILIES!