A beautiful disaster. A very expensive reaction video for Man of Steel. A super-sized bore. Yawn of Justice. These are just samplings of things critics have written about Batman v. Superman: Dawn of Justice. And while I do enjoy some of the snarky zingers, particularly those directed at Warners Bros for their nearsighted money-grab of a cinematic universe, I don’t totally agree with the reviews.

Let me set the record straight before we dive deeper. Batman v. Superman is a hot mess that wasn’t as epic as it should’ve been, but I also don’t think it’s the horrendous pile of dog crap that everyone else is making it out to be. Like I can name three recent films off the top of my head that I know were much, much worse than this movie: Dumb and Dumber To, Movie 43, and Riddick. Right? Awful.

What it all comes down to is disappointment. The reason why we’re harder on this movie than others is because we cared about it. We’ve known and loved these characters forever. We wanted the movie to be amazing. And then it was meh. It’s like when a parent finds out you got a bad grade in school because you didn’t do your work. They aren’t angry; they’re disappointed. And that’s where I am with Batman v. Superman. I’m not angry like these other critics. I’m disappointed because I know it had the potential to be better. 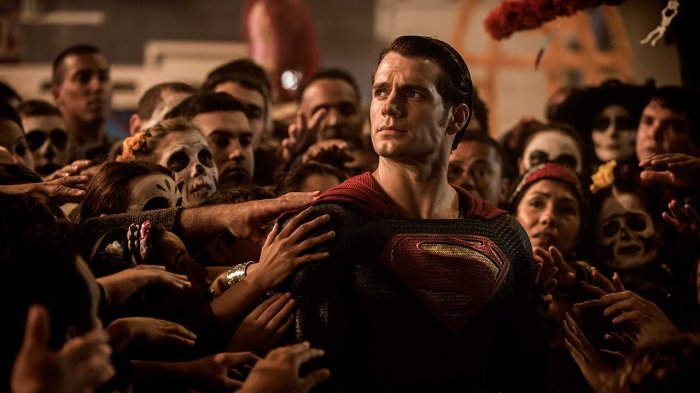 A head-to-head between the two most iconic comic book heroes ever should be HUGE, especially considering this is the first time they’ve been together on the big screen. And director Zack Snyder (300, Watchmen) and his writers screwed it up. How do you get handed a premise this simple and actively ignore it for half of the movie? I don’t understand. It’s Batman versus Superman. All they had to do was knock over walls, bash each other’s faces in, and do cool superhero things for two hours. But Snyder overcomplicated it.

Don’t get me wrong—I appreciated that the movie actually had a plot. It put Batman and Superman on opposing sides and had them face the fallout of their heroic acts to start a discussion of power, morality, and violence among “heroes.” But that plot, which was already complicated enough on its own, got lost the moment the writers added unnecessary filler. And that’s what the first hour of this two-and-a-half-hour film is. Filler that bogs the movie down.

From the opening sequence of Bruce Wayne’s parents getting gunned down—an ad nauseam scene that’s apparently a rite of passage for anyone who directs a movie with Batman in it—to the wild goose chase Amy Adams’ Lois Lane goes on for the sake of keeping her character busy (which is almost worse than relegating her to the girlfriend role), there’s just too much happening. And there are too many new characters being introduced as well—Jesse Eisenberg’s Lex Luthor, Holly Hunter’s Senator Finch, Laurence Fishburne’s Perry White, and Jeremy Irons’ Alfred. No one gets enough screentime to feel like a worthwhile addition to this movie.

In a film that’s already stuffed with setup material for 2017’s Justice League: Part One, it’s cumbersome trying to follow secondary plotlines about CIA coverups, terrorism, and the struggles of news reporters, none of which really have an effect on Batman or Superman. Mix that with poor film editing and confusing dream sequences that allow Snyder to show off his arthouse horror side (and hint at Mother Boxes), and the whole first act of Batman v. Superman is totally uneven. Imagine the movie we could’ve gotten had they trimmed the fat and cut the runtime by 45 minutes. 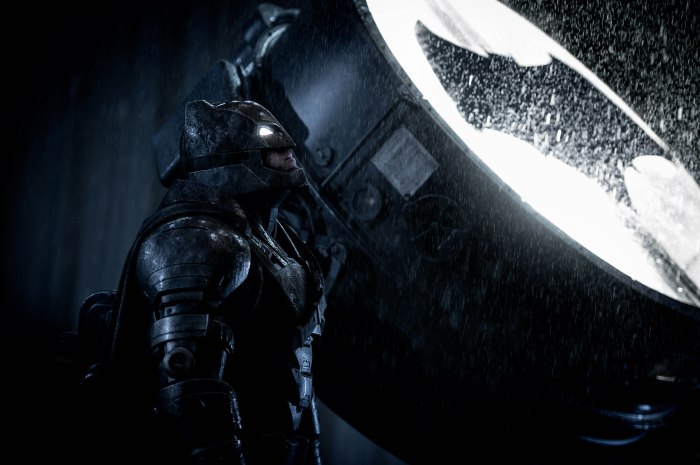 Also, a lot of the problems with this movie stem from the fact that Warners Bros’ DC Comics division doesn’t have a good leader to guide its cinematic universe (the way Marvel Studios has Kevin Feige). Which means they’re relying on Snyder to do the guiding for the Justice League franchise, and that’s not wise. Snyder has been praised for his ability to make films that recreate comic books or graphic novels panel for panel, which some believe makes him a good director for these movies. But his strong suit is not original storytelling (See: Sucker Punch). You can’t build a universe like that.

When the movie finally hits its stride about an hour-and-a-half in, though, you can tell Snyder and his team remembered what movie they’re making. Yes, it’s still dark, gritty, and a CGI-fest, but it’s as though they realized they could do all of those things and still make it fun for the people in the audience. When the face-punching, wall-crashing, mythology-rooted Holy Trinity (Batman, Superman, and Wonder Woman) comes together onscreen, it feels like maybe…just maybe…Justice League could do what this movie couldn’t, you know?

Hell, if there was just one reason to see Batman v. Superman, it’s Gal Gadot as Wonder Woman. She’s not in the film much, and she’s never directly referred to as Wonder Woman or Diana Prince, though one flight attendant does call her “Ms. Prince.” But Gadot has serious presence as Wonder Woman, even in her limited screentime. She feels like an Amazonian, overshadowing Ben Affleck’s Batman (who’s pretty good) and Henry Cavill’s Superman (who’s still cardboard). And she gets a guitar riff when she appears in costume to rescue the dudes, which is hilariously cheesy yet awesome at the same time. I want more Wonder Woman in my life.

At its worst, Batman v. Superman: Dawn of Justice is slow, dull, and unable to rein in its sloppy plot. At its best, it delivers superhero face punching and a jumping-off point for better movies to come (like Wonder Woman). But mostly, it’s just an average movie. Let’s hope WB/DC learns their lesson after this hiccup and strives to give us a more coherent Justice League that won’t disappoint.