There’s a lot of internet nonsense surrounding Suicide Squad. Film critics released scathing reviews after the media embargo lifted, and fans got pissed, petitioning Rotten Tomatoes (You geniuses know Warner Bros has ownership stakes in the site, right?) and boosting ratings for Suicide Squad on iMDB, despite haven’t actually seeing the movie. And now that Suicide Squad is doing well at the box office (by August standards), people are like “Critics are worthless!” *sigh*

Let’s clear some stuff up before I dig in. Suicide Squad was a highly-anticipated movie for this summer, and it turned out to be a bit of a letdown, which is why the critics said what they did. I’m sorry, but a movie that’s made for $175 million (i.e., the low-balled cost before marketing) should not be this mediocre. The story is a mess, and the editing makes the movie seem like three movies clumsily patched together. In terms of filmmaking, yeah, it sucks. DC Comics fans and moviegoers alike deserve better. But this is not the worst movie of the summer. It’s not even that bad. It’s leagues better than Fantastic Four, the current title-holder of “worst comic book/superhero movie.”

In fact, there are plenty of things to like about Suicide Squad—stellar performances from Margot Robbie, Will Smith, and Viola Davis, some good laughs, and decent fight scenes. Because of that, I do think there were some reviewers who were only writing snarky headlines for clickbait or to “out-hyperbole” competing movie review sites. Personally, I fall somewhere in the middle of the road with this movie. I don’t think it’s a steaming pile of garbage, but I also feel like it should be waaaay better considering it had an enormous budget, big stars, and two hours of runtime. It’s like how I felt with Batman v. Superman: Dawn of Justice. That is, to quote my favorite parent line, “I’m not angry…I’m just disappointed.” 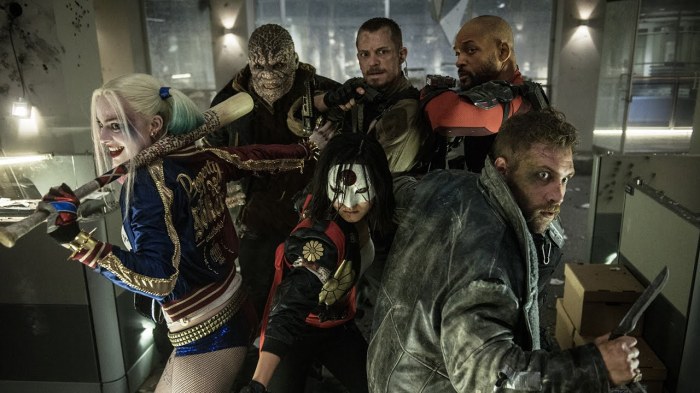 Why am I disappointed? Because Suicide Squad had so much potential. It literally had more freedom than any of the other DC films. There’s so much you have to get right with movies centered around heroes like Superman, Batman, and Wonder Woman because they’re so iconic.

But these are B/C-list characters (and villains at that), so few people beyond comic book fans actually know them or have expectations. This film could’ve gone anywhere because of that. Instead, it was molded into a “cinematic universe” film in order for Warner Bros to rival Marvel Studios’ cinematic universe. Which is so dumb. Why take the most interesting group of weirdos and try to force them into a world where they don’t fit? (In fact, you could argue that’s why most of them became villains.)

And I say that because, when Suicide Squad works, it’s when it breaks free of its relationship to the Justice League universe and the Zack Snyder-influenced colorless, lifeless “philosophizing” style. This movie actually has color and humor, and it makes it so much more enjoyable than the joyless slog of being dark and gritty for the sake of being dark and gritty. Sure, it might look a little “Hot Topic” to some, but I appreciate that it’s not just gray and more gray and forced Jesus imagery. 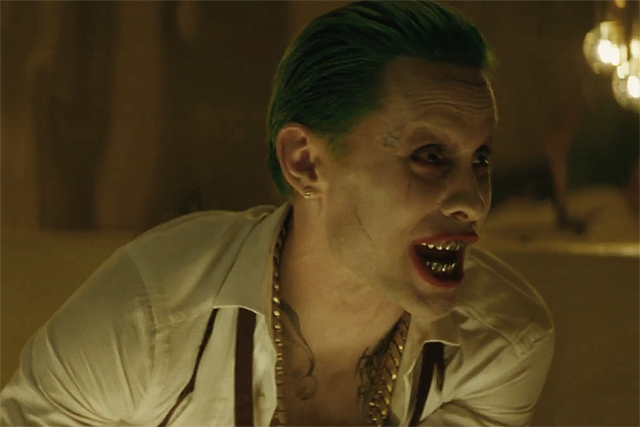 It makes me wish Warner Bros would get away from the idea of a consistent cinematic universe and instead let every movie function as a unique piece of art within the collection. That’s an area where they could excel and differentiate their movies from Marvel’s (because there’s not much stylistic difference from film to film in the MCU). But that would require giving up some creative control, and I don’t think Warner Bros is willing to do that just yet (Though maybe if they see success with Patty Jenkins’ Wonder Woman and James Wan’s Aquaman, there may be hope for some reins loosening with the execs).

The “too many cooks in the kitchen” issue with Warner Bros is what hurt Suicide Squad‘s story. It’s why we have an hour of introductions, reintroductions, and musical cues that kill plot momentum to the point where we lose the character and plot development of Act 2 and move directly into climatic Act 3. And it explains why the movie feels like multiple movies edited together. Well, that and director/writer David Ayer wrote the screenplay in six weeks. SIX WEEKS. Most movies take months for a first draft and require several rewrites (Ex: The Force Awakens went through about five). So this is basically like writing a 200-page paper and turning it in without looking for typos or sentence fluency. When you have $175+ million on the line, you should NOT rely on a first draft.

But you know what? Suicide Squad has its moments. Margot Robbie, for example, is AMAZING as Harley Quinn. Her presence immediately makes this movie tens times better just because she’s funny, she’s complicated, and she’s incredibly charismatic. I really hope Warner Bros decides to give Harley her own movie because I would eat that shit up (as would many fanboys and fangirls). And you know what? I even think she makes Jared Leto’s Joker more tolerable. I thought I was going to loathe him, but I kind of enjoyed his over-the-top campy mob moss simply because of his interactions with Robbie’s gangster moll Harley. It was like watching cartoon versions of Harley and her puddin’ (which is what I was hoping for with Suicide Squad…campy).

Will Smith as conflicted assassin Deadshot and Viola Davis as ball-busting Amanda Waller also put in damn good performances. I’ll even give Jai Courtney’s Captain Boomerang some love because he provided most of the movie’s laughs (beyond Harley, that is). But the other cast is largely forgettable. This is especially true of Cara Delevingne’s Enchantress, who’s the villain in this film. Her costuming and effects are creepy-cool. Until she talks and awkwardly dances around, then it’s just laughable. As far as villains go, Enchantress is a lackluster threat.

I have more criticism/praise for Suicide Squad, but I’ve already said a lot. So I’ll direct you to two middle-of-the-road reviews of Suicide Squad I like if you want more: