You know how ABC Family (Yeah, I still call it that because “Freeform” is a dumb name) does their “25 Days of Christmas” movie lineup? Well, it’s garbage, and you should not watch that. It’s like the same 12 movies played at different times of the day so you think you’re getting a new movie each time. So I say ditch that, and check out my holiday movie watchlist! That is, of course, unless you like watching The Santa Clause eight times in one week, in which case I hate everything you stand for, and you should take your holiday hoobie whatty elsewhere.

“Bailey, this is a movie about Thanksgiving.” First of all, HOW DARE YOU DISRESPECT JOHN HUGHES LIKE THAT. His movies are watchable year-round. And second…you wanna hurt me? Go right ahead if it makes you feel any better. I’m an easy target. Yeah, you’re right. I talk too much. I also listen too much. I could be a cold-hearted cynic like you, but I don’t like to hurt people’s feelings. Well, you think what you want about me. I’m not changing. I like…I like me.

We’ve seen a lot of superhero movies over the last decade, but undoubtedly Wonder Woman is the most hopeful of all of them, which is why it’s great for Christmas. With Diana’s eternal optimism and belief that humanity can accomplish good things, you’ll leave this movie-watching experience thinking that maybe, just maybe, the world really isn’t that bad.

Screw Frozen. One of the best movies Disney has put out in recent years, Moana is backed by a Lin-Manuel Miranda (of Broadway’s smash hit Hamilton) soundtrack, beautiful animation, and the story of a young woman who would do anything to help her people. 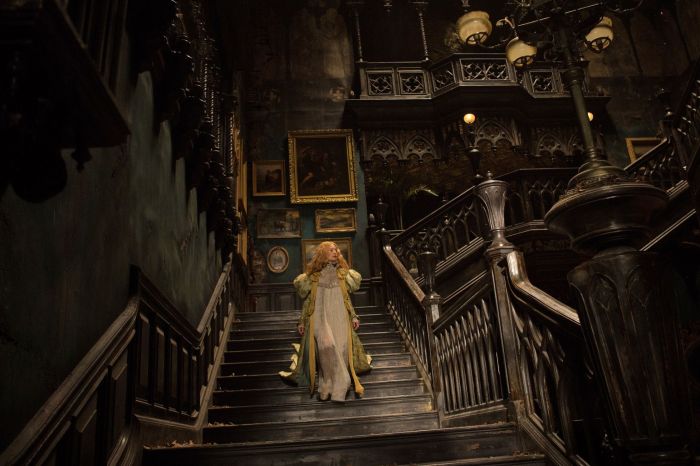 Crimson Peak is the gothic horror romance you didn’t know you needed this holiday season. Thanks to director Guillermo del Toro’s flair for the dramatic, this movie is a visual feast of gorgeousness. Not even your Grandma’s cooking looks this good (Yeah, I said it). 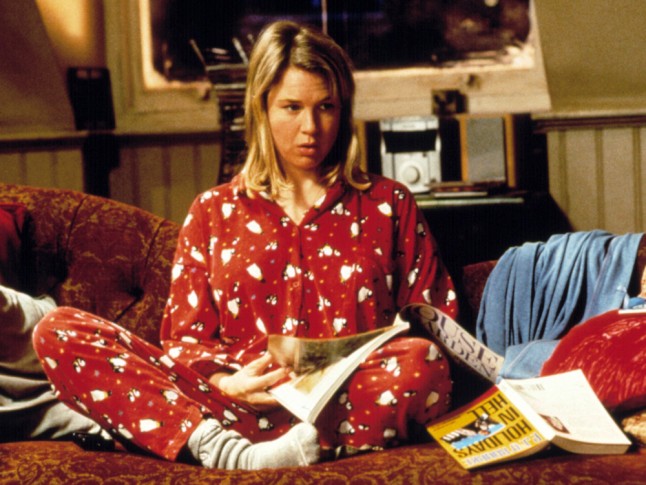 If you’re a fan of Love, Actually, let me introduce you to a much, much better movie. Starring Renee Zellweger, Bridget Jones’ Diary is a romantic comedy that follows a somewhat-clueless-somewhat-confident singleton as she dates an asshole, ditches said asshole, leaves her boring job for a more successful job, and then lands Colin Firth (which is the ultimate win).

It’s hard to describe Snowpiercer because it’s so out there and unlike a lot of the formulaic movies we’ve seen, but it’s an excellent sci-fi adventure drama you don’t want to miss! Basically, it’s a post-apocalyptic class war between the world’s remaining survivors aboard a train that never stops circling the globe. Every car you’re walked through is its own crazy adventure, and the ending is certain to be a “What just happened?” moment.

I mean, sure, you could watch those annoying Rudolph and Jack Frost claymation movies this year for Christmas. Or you could watch adorable British chickens trying to escape their farm before they’re all turned into pies. And before you say “Boo, that’s for kids!” First of all, don’t appropriate ghost culture, and second, I’m an adult, and I love this movie. 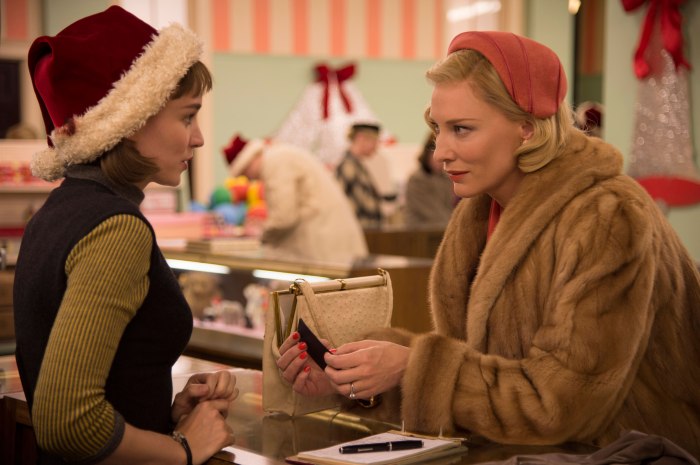 It’s a story about a passionate love between an older woman and a young photographer that must be concealed from an unforgiving society. Give Oscar-nominated Carol a watch. It’s intimate and tender, and the glamorous 1950s costumes are to die for.

Do not, I repeat, DO NOT watch the Star Wars Holiday Special.

Never in my life did I think I would be attracted to Jack Black. The Holiday proved me wrong. Yes, I know this movie is cheesy, and Cameron Diaz can be insufferable. But if your standards are Hallmark or Lifetime movies, then this is like AFI Top 100 quality comparatively.

Hidden Figures is an absolute delight, and if you haven’t seen it yet, what are you even doing with your life? Taraji P. Henson, Octavia Spencer, and Janelle Monae star in this true-story film about three NASA scientists who finally get the historical recognition they deserve for their work (In fact, Katherine Johnson is the reason why John Glenn was able to orbit the Earth and return safely). Did I mention Mahershala Ali is in this movie looking all kinds of fine? 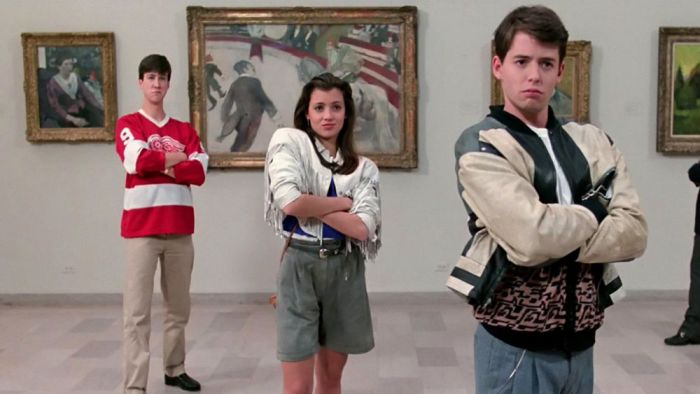 Sick of watching that other Chicago kid almost murder Joe Pesci on Christmas? Take a day off with the coolest Chicago kid in Ferris Bueller’s Day Off. Besides, it has what might be one of the best montages of the ’80s (and there were a lot of goddamn montages in the ’80s). 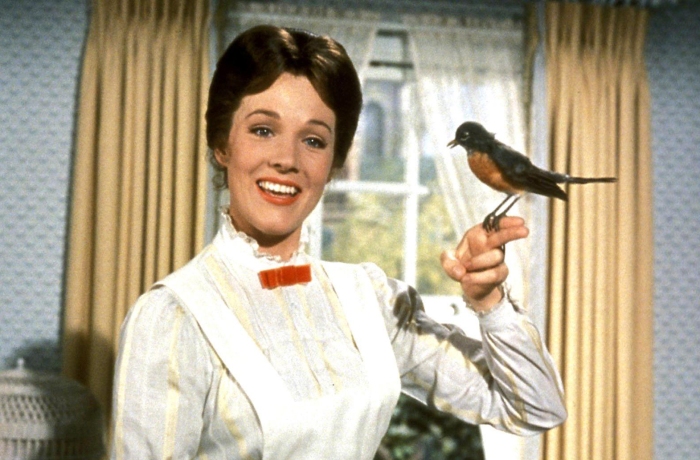 YOU KNOW EXACTLY WHY DIE HARD IS ON THIS LIST, SHUT UP.

Spend the holiday with Harry and Sally in Nora Ephron’s classic rom-com When Harry Met Sally. It’s funny, it’s witty, it’s sweet, it’s sad—it’s everything a rom-com should be. Hell, it might even make you hate other rom-coms for not being as smart (Honestly, I hope it does).

Does your family play board games during the holidays? Give the film adaptation of Clue a watch. Unlike other films that have tried to use board games as source material, this movie is a cult classic. And it has three potential endings, so you never know what you’re going to get!

I don’t think I’m wrong to say The Princess Bride is one of the best movies ever made, which is why it has to be on your holiday watchlist. It combines action, adventure, romance, tragedy, and comedy into its 90 minutes, but more importantly, it showcases multiple kinds of love. From the romantic love between Buttercup and Westley, the friendly love between Fezzik and Inigo, and the marital love between Miracle Max and Valerie all the way down to the love between grandfather and grandson, this movie touches every generation. 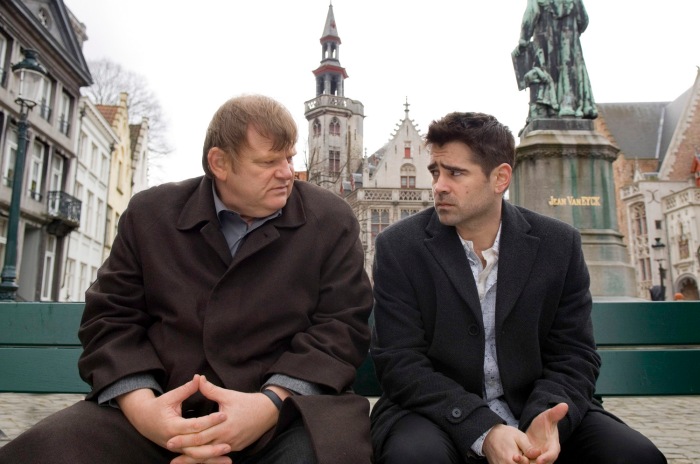 In In Bruges, two hitmen holiday in Belgium after one of them accidentally kills an innocent bystander while taking down a mark. While in the city of Bruges, Ken (Brendan Gleeson) enjoys the change of scenery, taking in as many sights and opportunities to explore as he can; Ray (Colin Farrell), on the other hand, is miserable and complains about everything. Basically, if you’ve ever gone on a family Christmas vacation, you’re either a Ken or a Ray.

Real life is disappointing, and fairytales are lies parents tell their children. A bit harsh for the holiday, sure. But at least Into the Woods‘ lesson is delivered through beautiful songs sung by Meryl Streep, Emily Blunt, James Corden, Chris Pine, Tracey Ullman, and Anna Kendrick.

It’s easy to appreciate your crazy family when you’re not snowed into a creepy hotel with them. That’s why you need a good dose of horror from The Shining this Christmas!

A League of Their Own

Sports movies are always inspiring, so why not watch Geena Davis and Tom Hanks (two of our national treasures) in a story about the incredible women of the All-American League who took over the professional baseball scene while America’s young men were off fighting the Nazis? You’ll laugh. You’ll cry. Except don’t cry because there’s no crying in baseball.

Family-friendly humor, catchy showtunes, celebrity cameos, and your childhood friends teaming up with Jason Segel and Amy Adams—it’s the perfect fit for the holidays! The Muppets might be a meta commentary about the Muppets’ relevance in the 21st Century, but it recaptures the heart of the 1970s TV show where you first fell in love with them.

Have you ever gone to an awkward family gathering with a significant other? Not like the “Dad made a slightly off-color remark” kind of awkward. I mean the kind where literally everything that can go wrong does? Well, then, you’ll love The Family Stone. It’s PAINFUL at times how uncomfortable this movie is, but it’s brilliant, funny, and will almost certainly make you cry. 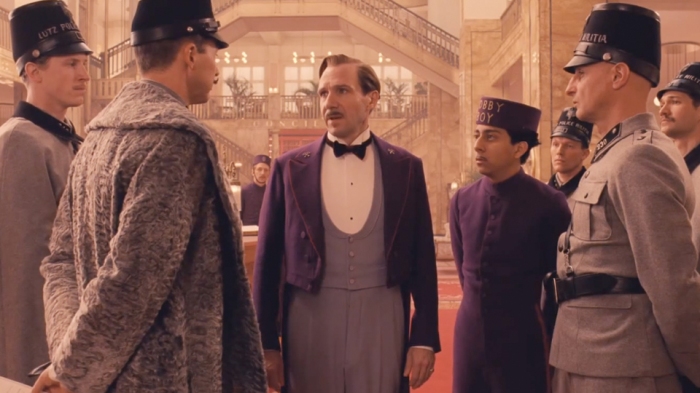 Wish you could go on vacation rather than be stuck opening gifts with your family? Travel to the fictional Republic of Zubrowka, where you can stay at the gorgeous Grand Budapest Hotel! Easily one of Wes Anderson’s best films, The Grand Budapest has pretty much everything you want in a movie—a murder mystery, a love story, a prison escape, a jaunty film score, a bunch of cameos, a chase, and Ralph Fiennes just being Ralph Fiennes.

Sure, you could watch A Christmas Story all day. It’s a great movie. But if you’re ready to shoot your eye out because you’re tired of looking at Ralphie’s big dumb face, might I suggest one of the most magical and beautiful films about childhood? Hook is a classic Spielberg film that kids and adults alike love (unless they’re dead inside).

What non-garbage movies would you recommend on a holiday watchlist?