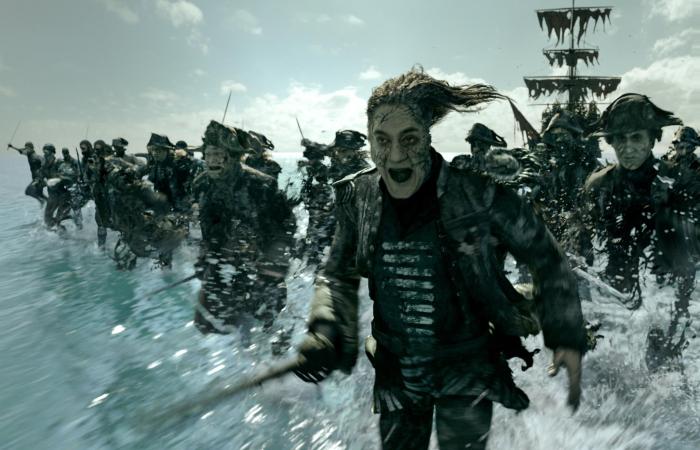 Back when Pirates of the Caribbean: The Curse of the Black Pearl came out, it was kind of crazy how much fun a movie based on a cheesy theme park ride at Disney World was. And while we can debate the merits of Dead Man’s Chest and At World’s End, they created a decent action-adventure trilogy. Then came On Stranger Tides, a bloated garbage fire of a movie sans two of Pirates‘ three main stars and all of the magic of the first three films. If it weren’t for foreign box offices, Disney wouldn’t have broken even on that crap. Which made the idea of Dead Men Tell No Tales, the fifth installment, seem like a not-so-great idea. But, of course, money. Having seen Dead Men Tell No Tales, I can say confidently that Pirates needs to go away for good. END_OF_DOCUMENT_TOKEN_TO_BE_REPLACED

After years of protecting The Moors and its magical creatures from destruction brought by humans, Maleficent (Angelina Jolie) is betrayed by Stefan (Sharlto Copley), the man she loves, who steals her wings to become the king in the human kingdom. Swearing revenge on him, Maleficent curses his daughter, Aurora (Elle Fanning), saying she’ll prick her finger on the spindle of a spinning wheel on her 16th birthday, which will put her in an endless sleep that can only be broken by “true love’s kiss.” As Maleficent watches Aurora grow up into a beautiful and caring young woman, however, she starts to regret placing the curse upon her out of anger and tries desperately to keep Aurora from her deadly fate. END_OF_DOCUMENT_TOKEN_TO_BE_REPLACED