What do our pets do when we’re not at home? I don’t know about you, but this premise had me hooked the moment I saw the trailer for The Secret Life of Pets. As a pet owner, this is something I wonder about all the time. Are my dogs lonely? Are they trashing the place? Are they plotting my death? Are they inviting their dog friends over to play Xbox? It’s hilarious that there’s a movie that feels like I’m watching all of the weird pet fantasies I have in my head (Don’t act like you’ve never made up voices and personalities for your pets). END_OF_DOCUMENT_TOKEN_TO_BE_REPLACED

Man, this is the summer of sequels, isn’t it? But they’re either sequels nobody wanted (Now You See Me 2) or sequels that came decades after their predecessors (Independence Day: Resurgence). Fortunately, Finding Dory falls into the latter category because practically everyone wanted to revisit the beloved Finding Nemo characters. Hell, Ellen DeGeneres even campaigned for a sequel until Disney was finally like OMG FINE ELLEN. END_OF_DOCUMENT_TOKEN_TO_BE_REPLACED

Disney’s Alice in Wonderland, which came out back in 2010, was a bit of a gamble. It was the studio’s first live-action retelling of one of their classic animated films. It was mostly CGI, which is ungodly expensive. And it starred a relatively unknown actress at the time (Mia Wasikowska) in its titular role alongside a well-known character actor who was starting to face backlash for his oversaturation (Johnny Depp). But it was a HUGE success, crossing the $1 billion mark, which helped greenlight the live-action retellings we’re seeing now: Maleficent, Cinderella, The Jungle Book, Beauty and the Beast. END_OF_DOCUMENT_TOKEN_TO_BE_REPLACED

The Jungle Book (1967) is easily one of my favorite animated Disney films. A young boy grows up and has adventures with animal friends to a soundtrack that includes jazzy songs like “I Wanna Be Like You” and “The Bare Necessities”? Yeah, I’m so there. Not to mention, it dodged British imperialism and the homicidal elephant ending from Rudyard Kipling’s 1894 story, so that was nice (though it did still have issues with racial stereotypes). Fortunately, the live-action version keeps the spirit of the 1967 animated classic alive. END_OF_DOCUMENT_TOKEN_TO_BE_REPLACED 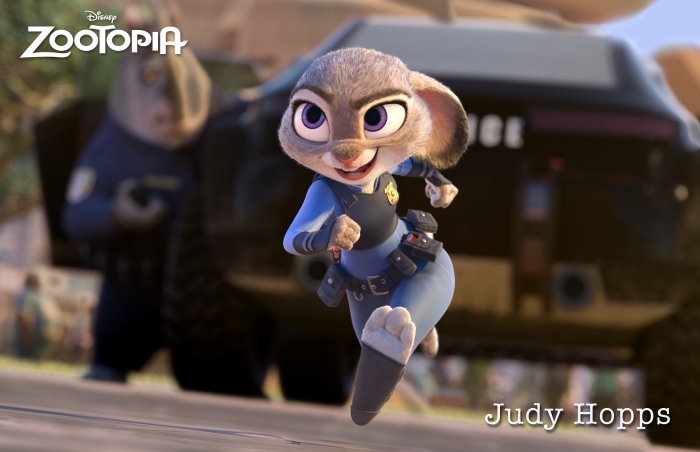 Just when you start to think Disney can’t top themselves, they knock it out of the park again. Around 2010, Disney sat down and charted a new course for their animated films (That’s Disney proper, not its subsidiary, Pixar) with their eyes set on diverse characters, top-notch animation, and stories that audiences of all ages would love. And you can see that new course with box office and critical successes Wreck-It Ralph, Frozen, and Big Hero 6. Now, I’d say that course is officially cemented with Zootopia. END_OF_DOCUMENT_TOKEN_TO_BE_REPLACED

This work by bailsofhemp.com is licensed under a Creative Commons Attribution-NonCommercial 4.0 International License.
bailsofhemp.com
Powered by WordPress.com.